The diverse group of students – of different religious affiliation and nationalities –were able to explore and learn more about Jerusalem, Masada and the Dead Sea and were able to break bread with the leaders of their Israeli Model UN counterparts. 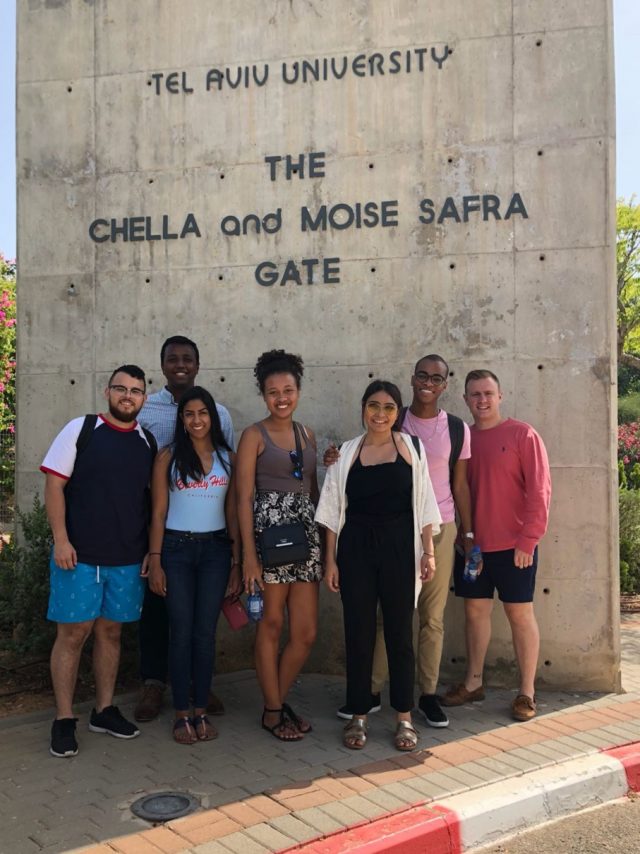 “[They] were immersed in the historical, religious, political and cultural significance of these historical sites,” said Kristen Nyman, program director for FIU Model UN.

The conference would be FIU’s first Model UN conference outside of North America.

In February 2019, FIU plans to encourage the Tel Aviv University Model UN team to consider competing in the University of California’s Model UN conference. The FIU team also plans to help the Israeli team prepare and understand how to compete in the American circuit.

“The students entered the trip one way and they left and entirely different way,” said Nyman. “If the two trips go well, we have aspirations to make these annual occurrences for both our teams.”

The eight FIU students who participated in this trip agreed that the trip was life-changing.

“Listening to their stories and how their environment shaped their take on Model United Nations here in Israel allowed me to reflect on the benefits of being a part of an organization that allows me to partake in various conversations that I would not be privy to,” said Luc Pierre-Louis, FIU Model UN delegates.

Michelle Rosario, another member of the team, felt that one of the high points of the trip was seeing a different perspective on the internal conflicts the region has.

“[Seeing the perspectives] isn’t available in a classroom setting,” she said.

Aside from creating a relationship between the two teams, the universities want to create a study abroad program or a student exchange program where Model UN members can participate in conferences while living in a different country.