Commitment, passion and, yes, true grit. That’s what it takes to be named an FIU Worlds Ahead Graduate. This semester, two doctoral students in the Steven J. Green School of International and Public Affairs, Zenel Garcia and Andrea Marie Headley, earned the prestigious distinction and were recognized during their commencement ceremony. These two Panthers went above and beyond the call of duty and have shown tenacity and dedication throughout their time at FIU. 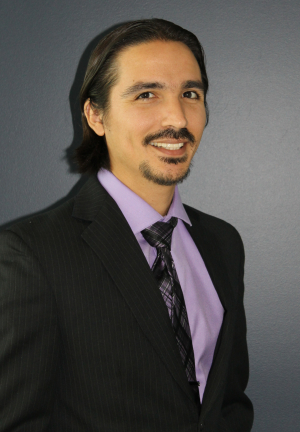 In 1994, Zenel Garcia and his mother left Cuba on a boat headed toward the Cayman Islands. The goal was to reach Miami.

They spent six months in a refugee camp in the Cayman Islands and were sent back to Guantanamo Bay. From there, Zenel – only eight years old at the time – was transported to Miami to receive medical attention after developing severe stomach problems from ready-to-eat meals.

In Miami, Zenel earned his bachelor’s degree in international relations and Asian studies from FIU in 2010. With his family’s encouragement, he pursued a joint master’s degree in Asian Studies (completed in 2014) and a Ph.D. in International Relations at the university.

He overcame financial hardships, working various jobs at a time to pay for his studies.

Zenel has presented his research at 27 international and national conferences and published papers in six peer-reviewed journals. His master’s thesis won the best thesis award in the Asian Studies program in 2014 and will soon be published as a scholarly book.

He also became an adjunct professor in the Department of Politics and International Relations (PIR) and taught for the Honors College. He mentors students and colleagues who often ask for advice about publishing.

He is grateful for the mentorship of PIR Professor Thomas Breslin and above all, the support of his family. This semester, he graduated with his Ph.D. in international relations.

In August, Zenel will begin as a visiting assistant professor at St. Lawrence University in New York. 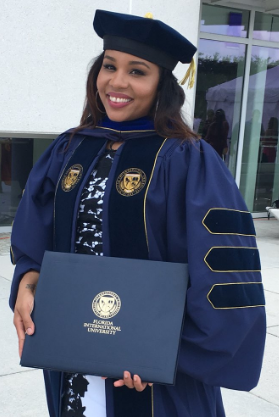 From a young age, she recognized the importance of assisting her family due to the various personal and economic difficulties they faced. Despite these challenges, her family always encouraged her to continue her education to have a better life. Andrea viewed it as a way to improve her circumstances but also to give back and help others.

Seeing firsthand other people’s experiences with the criminal justice system, sparked her interest in the field. By the time she entered the doctoral program in public affairs at FIU, Andrea knew she wanted to make a difference in both public policy and real-world issues.

Witnessing the rise in police shootings, particularly in marginalized communities, Andrea focused her research on police and community relations – and how they might be improved. She received a three-year grant from the U.S. Department of Justice to study the issue. Her work included riding along with police in Connecticut and researching the use of police body cameras in Hallandale.

Andrea says her faith in God and the support of her family and church community helped her get through tough times. She earned her Ph.D. in Public Affairs this summer. The first in her family to graduate college, Andrea views her degree as their degree too.

After graduation she will start a postdoctoral fellowship at the University of California Berkeley. After that, she will join the John Glenn College of Public Policy at Ohio State University as an assistant professor.