This semester two undergraduate students in the Steven J. Green School of International and Public Affairs were named FIU Worlds Ahead Graduates for their dedication, compassion and commitment to helping make their communities a better place. 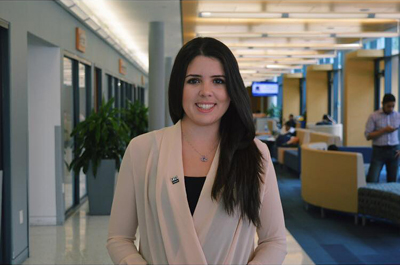 An immigrant from Colombia and the first in her family to go to college in the U.S., Sara Bedoya, 22, found herself living on her own for the first time when she transferred to FIU from a community college in Orlando.

Within a year, she changed majors – from international business to international relations – because she realized she cared as much about connecting with and understanding people from other cultures as she did about running a successful global enterprise.

Over the past two years, Sara said she is most proud of the work she has done for her family’s business in Colombia – Café Jesús Martín, a maker of specialty coffees named for her father Jesús and her brother Martín. This includes winning two international awards from a prestigious gourmet product competition in Paris; helping local farmers in her hometown of Salento; creating new jobs there and being an example to other businesses in Colombia.

Sara said some of her fondest memories at FIU are from her time with the Association of Latino Professionals in America, which she said both challenged her and prepared her for the working world.

After graduation, she plans to return to Salento to continue working in the family business. She encourages other first-generation students to view their challenges as opportunities – because immersing yourself in another culture is how she believes people can learn to coexist, love and respect each other. 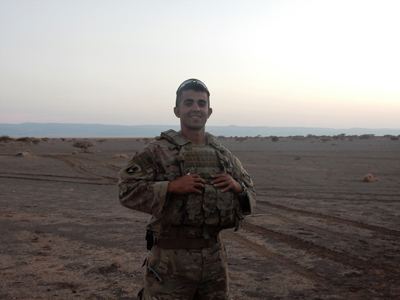 In 2016, Brian Lugo was deployed to Africa as a soldier in the U.S. National Guard. Training time was over. This was the real world. And Brian loved it.

His unit’s mission was to counteract terrorist influence in Kenya, Somalia and Djibouti and to provide humanitarian aid throughout the region. While in Africa, he earned his qualifications to be a drone pilot and, already an FIU student, he continued his studies online.

After returning to Miami, Brian served in relief efforts during Hurricane Irma. He was one of nine soldiers and three police officers who protected 1,300 people in a Liberty City hurricane shelter. Brian also participated in the clean-up of the Keys.

While at FIU, he was involved in ROTC and enjoyed mentoring newer members, regularly providing guidance and working out with his mentees to help them during physical training. He believes the more he gives to others, the more they will give back.

He also worked as a corrections officer at the Monroe County Sheriff’s Office, where he participated in numerous community service projects.

Brian says his parents have played a crucial role in his success. Their support, dedication and example – particularly with his mom earning a degree while working – inspire him every day.

Brian will graduate with a 3.9 GPA. In December, he will begin his service as a commissioned officer of military intelligence in the active duty army.

He plans to pursue a lifelong career in the military.